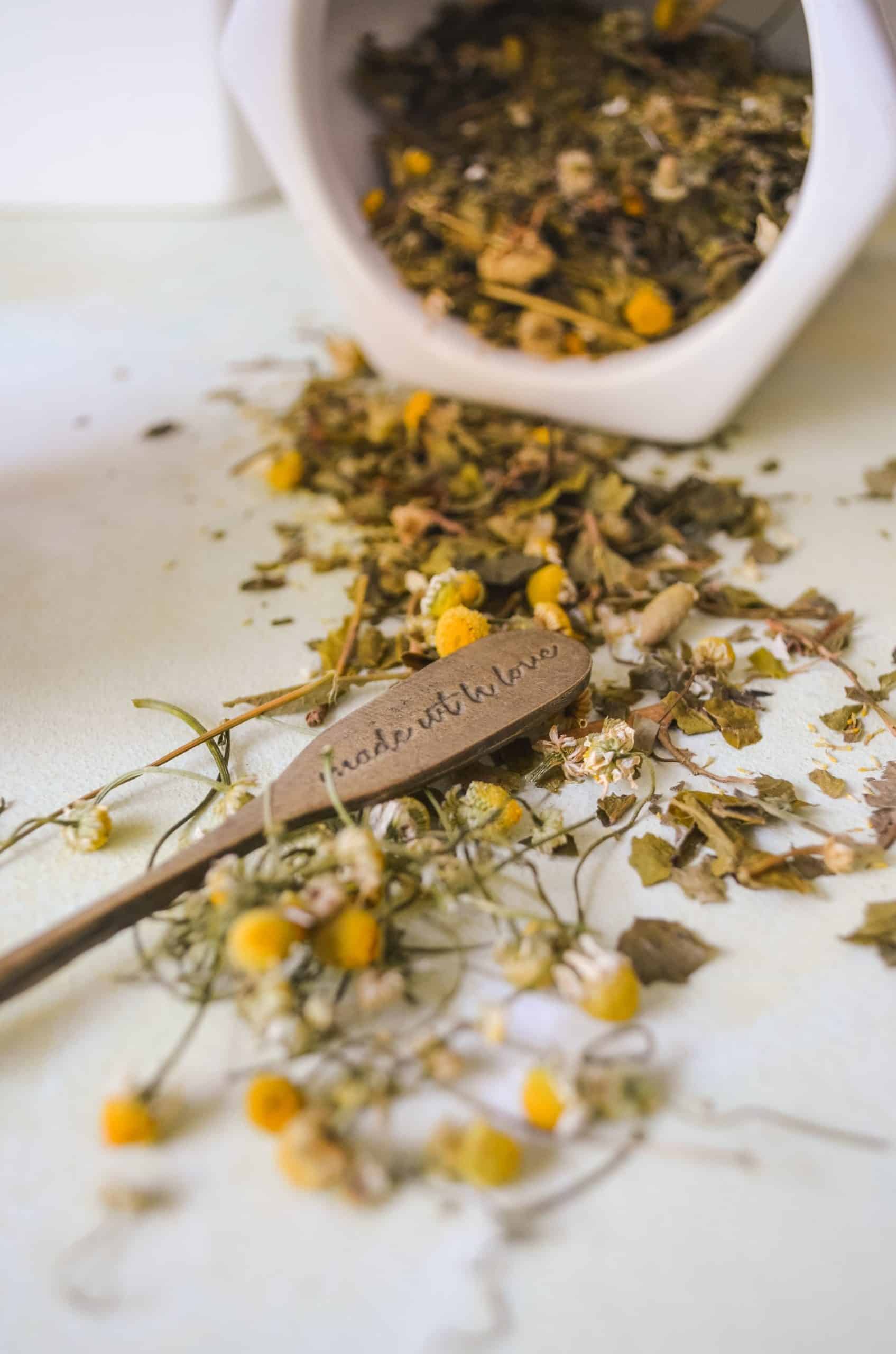 By Jalynn Peterson 19 August 2022 Close to nature
You need about 3 min. to read this article.

What properties does chamomile have?

The medicinal and care properties of chamomile have been known for a long time. This plant has a wide range of uses, which makes many people grow it in their own garden or even on their balcony. You can also find a mass of skin care products and brewing herbs that contain chamomile. Let’s learn about all its super powers!

Chamomile – why use it?

Chamomile is an absolutely unique plant. It can be found in many places, such as meadows. However, to get the best out of it, you need to pick it and prepare it properly. It’s all about the infusion of this herb, which can both improve the work of our digestive system, and on top of that relieve pain, have a soothing and even anti-inflammatory and antibacterial effect.

It is also often used for inflammation of the upper urinary tract, and, of course, in cosmetics more widely. Interestingly, according to studies by dermatologists, this flower contains completely different substances from those characteristic of similar plants in the world. It has long been known that it has a lot of good ingredients in it, common chamomile is even one of the most widely used medicinal plants.

It really contains a lot of essential oil, as well as other useful components, such as chamazulene, which has an anti-allergic effect. It doesn’t stop there. You can find in it substances that help build cells, as well as those that have antibacterial and anti-inflammatory effects. On top of that, its oral use will make you lower your cholesterol levels noticeably, and, if necessary, relieve pain, you can also support the function of the digestive system. The list is really long, so it is no wonder that it is so readily used both in herbal medicine and in cosmetics, especially natural cosmetics.

Chamomile in medicine, or why is it worth having in your home medicine cabinet?

Chamomile helps especially with stomach ulcers. It is then worth inhibiting their proliferation and drinking chamomile infusion regularly. It can also be successfully used for infants and young children. It is great for washing out pus-filled eyes, and even has a diastolic effect in cases of colic.

That’s not all! It will also work well as a natural remedy for distended gums, just apply it to the area where a new tooth is erupting. Meanwhile, for irritated skin, you can add a small amount of chamomile oil to your bath. It will certainly soothe the redness and speed up the healing process, plus it will have an antibacterial effect.

Chamomile is also used to wash the eyes of adults in case of conjunctivitis. What about skin care? The extract of this flower also has the effect of strengthening and stimulating hair growth, and on top of that it helps remove dandruff and makes hair less oily. That’s why you can often find shampoos and conditioners with chamomile added.

It is also added to tonics, hydrolats and creams, in which case it has a soothing effect and extinguishes inflammation that has formed on the skin. So if you are thinking of buying remedies that contain oils or chamomile flowers is definitely a good choice. Such a natural remedy is simply worth having in your home.