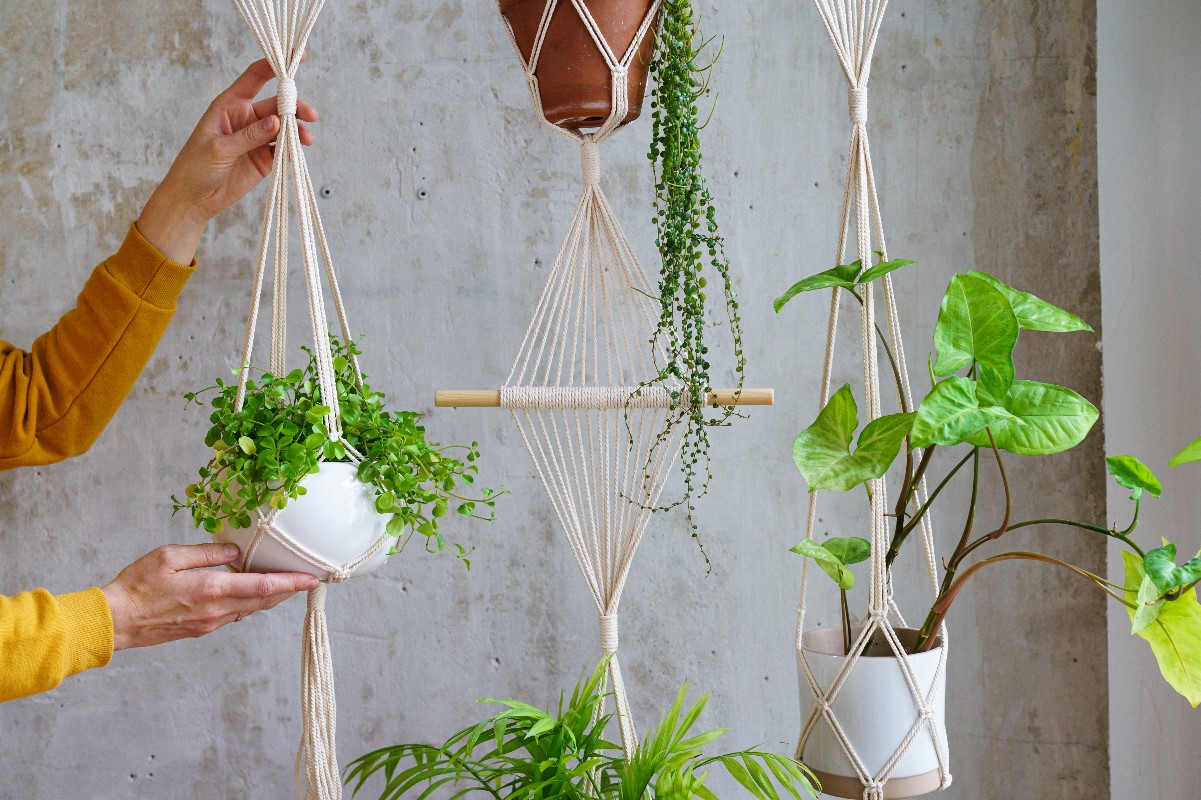 By Jalynn Peterson 15 March 2021 At home
You need about 5 min. to read this article.

Flowerbed made of string – how to make it?

There are many ways to create an original string flowerbed. Some of them are more time-consuming, others less so. The flowerbeds we have presented here are quick and easy to make.

Flowerbeds made of strings fit perfectly into the climate of modern homes. They give them, above all, coziness, but also character. Even in small apartments you can easily create a special atmosphere with a hanging flowerbed, which is in keeping with the currently fashionable interior design trend – the so-called urban jungle. What do you need to create such a flowerbed? How do I make one?

What do you need?

First of all: cotton string. You will also need scissors, a metal wheel, a tape measure or a ruler and a pot with a plant.

For this flowerbed you will need 3mm thick cotton string. Other things you’ll need are: a stick for weaving the flowerbed (no shorter than 16 cms) hung on something sturdy, scissors, a measuring tape or ruler and a plant pot.